Share:
Następny news >> Winter in Afghanistan and well-earned bath
<< Poprzedni news How come you wouldn’t travel (with a child)

Life of a soldier on a mission in Afghanistan 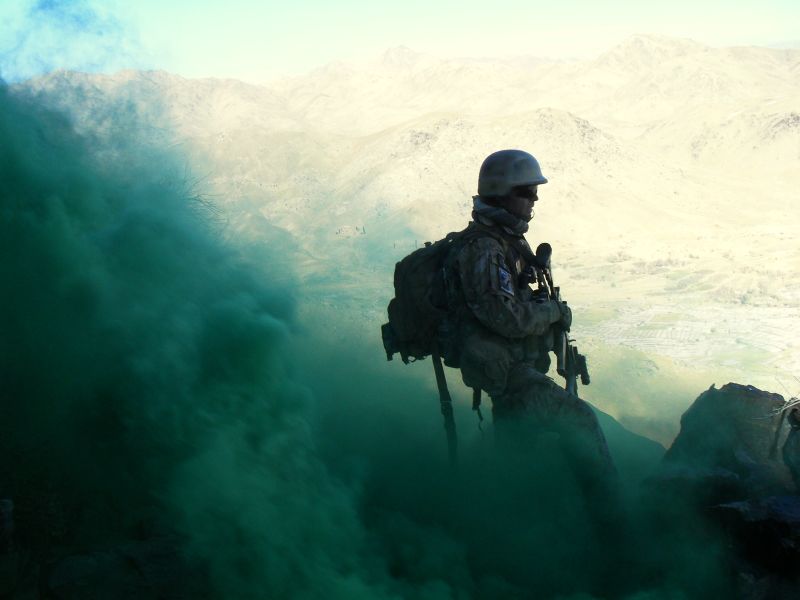 November in Afghanistan is a completely different story.  Warm, even very warm. Cloudless sky, majestic mountains everywhere around. Kilometer-long stretches of desert, sand and stones in front of us.  Stones behind which an attacker could have ambushed.  I was following my soldiers four hours in a row.  Each of us was carrying over 25 kg of equipment: bulletproof vest with several magazines, stun and smoke grenades, a night vision device, a medpack and a knife.  I also had my amulet my mother had given me before a different mission – a fox paw strapped to my belt.  We had less than a few hundred meters left to our KTO Rosomak vehicle.  Close and far at the same time. Soon, we were about to realize that it was further than we expected. Then, out of nowhere, we heard gunfire. Although we should have expected it, your body starts to react faster than your brain. Adrenaline rushes.

I realized that we are within shooting range. As we couldn’t see anyone, we felt as if we were surrounded by phantoms.  We were clearly visible. There was no shelter.  Desert as flat as a table, stones measuring up to hundred and fifty centimetres.  The car could have been our only shelter but it was parked on a hill, just a bit too far for us to get to it. Thanks to years of work, practice, training and previous experience, I was acting automatically and making decisions at lightning speed. I devided my team into two sections. One was to start climbing in order to get to Rosomak. The other one was to deliver suppressive fire.

I am intentionally leaving this story with an open ending. I want you to feel at least a little bit of this tension we felt then.

Every day, every patrol is a risk. Battle with an enemy who is invisible in most cases – well hidden in Afghan mountains. Struggling with temperature, terrain and weight of the equipment we had to carry.  Our joints were aching because of being overloaded, tired and stressed.  My worst enemy was longing. I felt an overwhelming longing for returning home.

At the moment, I am safe. However, paradoxically, I miss  the adrenaline and this kind of job. I returned from Afghanistan bearing both psychic scars and physical injuries. The physical ones include pain in my knees, spine, shoulders… These can be cured. Damian Zaborowski is a doctor that can deal with them. Soon, the joint rejuvenation therapy I am undergoing at the moment will allow me to forget about these ailments.  There are, however, other marks as well – marks that are invisible to other people. They are inside each of us, soldiers. We don’t always know how to deal with them but at least we are learning how to live with them. Even if they are constantly returning to us like demons.